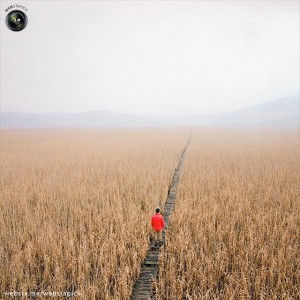 The contemporary ego is a genius at ignoring all of its various forms of mental, emotional, and physical laziness. On the mental and emotional front, psychological projection is the unconscious art of seeing one’s own flaws as caricatures in other people. A man can scrutinise with great clarity the unbalanced manifestations of those around him, but particularly disturbing to him are the negative characteristics he fails to see and observe in himself. The entire fiasco has been unconsciously developed at the base of society so that men can run around chattering in the declining line of least resistance. What comes easy for the mind and heart to experience becomes the staple diet and the exotic spices that might disturb its digestion are typically avoided altogether. Overriding this societal conditioning is naturally an uncomfortable process for it entails resisting the conveniences of habit for the sake of understanding the reality of one’s situation. Worldly success and the standard definition of happiness do not require this type of pursuit and in fact are threatened by it. A man can haphazardly develop his strengths and ignore his weaknesses ad infinitum, and such an approach can certainly lead him to a more or less desirable or satisfactory position in life. Society only requires that men find their one-sided pegs and be sufficiently efficient at it. It is does not at all need him to become increasingly self-aware.