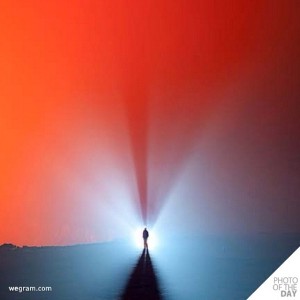 Men are betrayed by the idea that they are able to think simply because they possess a mind. It’s a wildly erroneous assumption that is carried from one mistaken generation to the next. The mental activity of the majority of the population is consumed by random associations in reaction to the outer events they encounter each day. Such an incessant churn of meandering rumination is not equivalent to the volitional activity known as ‘thinking’. To actually think requires wilful cessation of all these mechanical associations — a purely reactionary state of mind. This produces the following results: it develops and strengthens the mental muscles that have hitherto been neglected, it displaces associations and creates space for new activity, and it saves energy that can later be used as fuel for the generation of genuine thoughts. Men have to disassociate with the accustomed behaviour of their mental life, detach their identities from this waterfall of thoughts, and learn to discern the difference between the taste of real thinking from what is, and has always been, non-thinking. Such a feat, however, is highly unlikely and borderline improbable for the mere fact that they have been raised and conditioned to believe that they themselves are these thoughts that fester at every waking moment.