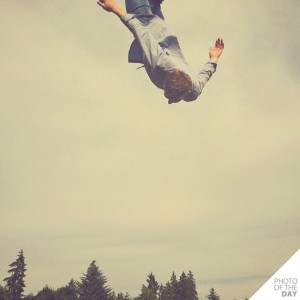 When left in the custody of a man who is unconscious of what he is and how he is built, his various parts have no choice but to interfere and distract one another. The body’s mood fluctuates throughout the day and the rest of a man — his thoughts and feelings — are persuaded to agree with whatever fickled or elated state the aging vessel voices. There is hardly anyone around who is conscious enough of the one part in relation to the other, and so whatever is physical at one moment instantly becomes a concern of the psychological. In some cases the mind knows the difference and it can separate itself from the pangs of irritation and discomfort, or the nagging desire to move about aimlessly or sit down idly. But for the most part it churns out repeating mental associations that serve to reinforce and justify whatever positive or negative state the body finds itself in. The emotions, on the other hand, cling to bodily impulses like a siamese twin that cannot help but follow in suit to the rhythm of its sibling. The relationship also grows to churn in the opposite direction, as when the body associates itself with imaginary fears and anxieties which eventually generate physical distortions that humanity knows all too well.