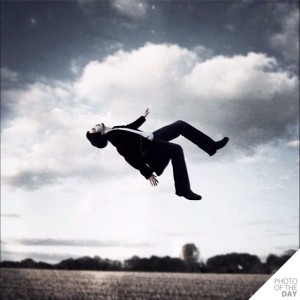 The mind, left on its own, is a rambler. That most men rely on the ramblings of a mind that chatters incessantly about this or that means that the majority are daydreaming through their lives. If a man lives within the bubble of a dream as he busies himself with the commotion of earning a keep and surviving amidst the social horde, then his decisions are not really his own. The rambler that creates this noise between his ears never stops its narrative and the choices he makes are not inherently made out of conscious deliberations but that of predictable reactions that have been dinned into him from years of imitating the temperaments of others. In reality, his life and all of his decisions are a replication of the lives he has been programmed to believe is the right way to be in order to survive in this world. A man is in fact an echo of the personalities he was exposed to as a child. The attitudes he faced as a dumbstruck, vulnerable, boy in bizarrely complicated conditions have created in him this slavery to behave according to preconditioned models that excludes the presence of an individually unique intelligence. Somehow, in one way or another, a man must develop an unnatural and opposing attitude that views life from the lens of simply not caring, for this is the only way to create a new space inside his mind where he himself, as a real identity, can begin to exist. For a man to be free, such an attitude of inner isolation must sooner or later be fostered into creation.