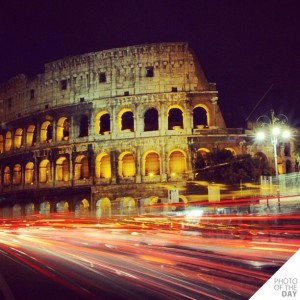 What he does outwardly is never an ends to itself, but something that is done in order to exist well. An honest man wants to retain whatever dignity it is he has, and to find ways to accrue more of it. Whatever measure of a soul he may have at his disposal, it is subtle, faint, and in need of shade from the loud and noisy lights of a vanity that was never one’s own to begin with. Men have to see their dignity as material, as something that can accumulate with sober deeds that have honest motivations, and that dissipates when one’s intentions go awry and become suspect. In this there is no decoration; only simple stone, discoloured by whatever blemishes exist on a natural surface. A false appearance may have a sleek sheen to it, but it is still false and so has the scent of insincerity, pretense, and the thralldoms of hidden intentions. However much vanity tries to polish its surface, it cannot hide the stench of the poor quality of material that lies beneath its facade. And even in a world where men can no longer smell real from unreal, there are moments of twilight that suddenly gift a man with an opportunity to face some degree of reality. To possess some measure of virtue is the normality that everyone must try in all earnestness to retain in themselves. There is no use in speaking of prizes above this station until it is truly a permanent state from which to be and act.