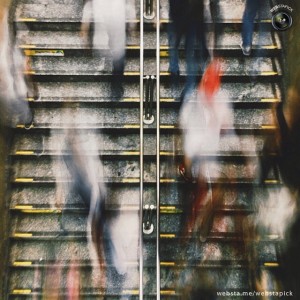 People cannot help but be slaves to themselves. They place the cart before the horse; the man before the life he is living. He stands in front of the bare experience of life and imposes on it his subjective interests. His emotion does not flow, but stagnates as a form of constipated stubbornness that one can only expect from an ignorant child. All men are conditioned to behave in this way, fashioned to act according to preconceived plans and expectations that ignore the fact that life itself is not immutable and fixed, but rather an ocean of shifting sands, altogether indifferent to a single man’s hopes and dreams. It does not accord to dogmatic thoughts that tinker around in linear directions or straight lines. Such an unseemly state of being is most pronounced in the mass urban hives of humanity. They manifest in far less intensity amongst the sprawled out rural communities in which nature and its slow cycles still have their enlightening effect. In larger cities, commanded by busyness and fierce competition, a man is continually haunted by the necessity to impose himself onto nature, the world at large, and pay little attention to the absurdity of being disappointed when plans do not pan out as foreseen by his naive mind.