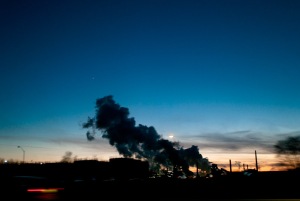 Wipe the slate clean of a thousand imitated ideas about what a man needs, should desire, and has to do in order to be ‘happy’ in these concocted societies, and you have an inborn sense of appreciation for simply being alive. The complications are fed to children in small doses, with every scoop of fluff believed without hesitation as a child’s mind has yet developed the capacity to scrutinize the nutritional value of his prescribed diet. Men’s minds cloud the sunlight of innate reason — that which may have once been understood as common sense — and his head is filled to the brim with thoughts of other men’s making. The emotions buried under the ruble of imitation are quiet, subtle and far lighter than the noisy, crass and heavy feelings which men have been raised and taught to display. The simplicity of throwing out the water, but leaving the baby alive and well, has never been more key to a man’s sanity than it is now. There is a heavy heap of unnecessary compulsions that simply needs to be abandoned in every possible moment. If a man settles for himself and discards the derivatives he is forced to feed on from those always in his midst, reversing the tide may finally become an option.